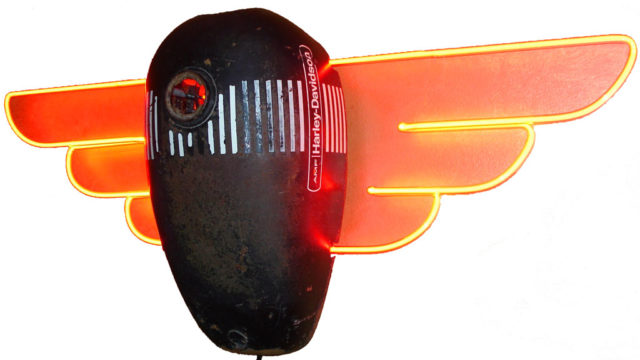 Notice the photo on brick wall..  -I’ve sealed her up with clear gloss lacquer…

Tank Angel is the first of it’s kind,  and I have future plans for it’s kin,,
…so if you have a shapely well scarred piece of history,  pass it on to me for a fitting memorial…..